Yoshi`s Island made Yoshi the main playable character for the first time in a Mario game. Yoshi has a range of moves, such as stomps and tongue-licks. If the player holds down the jump button the Yoshis pedal their feet furiously in the air to achieve a floating effect; this allows them to stay airborne for a couple of seconds and gain a Little extra height. This floating maneuver may be performed multiple times if necessary.Yoshi can collect eggs during their travels. These eggs follow Yoshi along until they are thrown. Many of the game`s puzzles involve bouncing eggs around the levels or skimming them over water to hit distant enemies or objects. In addition to eggs, Yoshi may also collect keys to open locked doors. On a few levels, duck-like creatures (called Huffin` Puffins) can be acquired; these travel a short distance before returning to Yoshi. Up to six objects can follow Yoshi at a time, whether they are eggs, keys, or Puffins.Unlike other platform games in the Mario series, the player`s character can be attacked an unlimited number of times by most enemies without harm. Whenever Yoshi is hit by an enemy, Baby Mario flies off his back, floating around the level in a bubble and wailing loudly as a countdown timer begins. If the countdown reaches zero before Yoshi tags the bubble, Kamek`s toadies capture Mario and the player loses a life. The timer will slowly regenerate back to the original ten seconds and can be extended for up to 30 Seconds. Some traps, however, such as pits, spikes, and lava, can kill Yoshi instantly.
​ 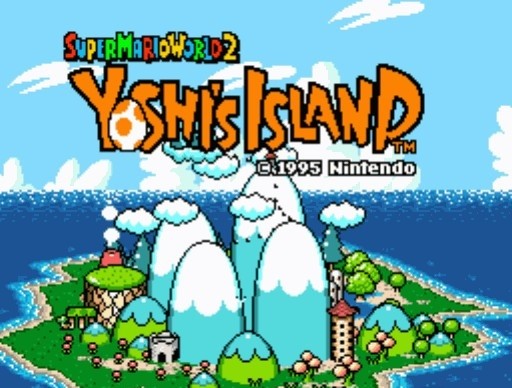 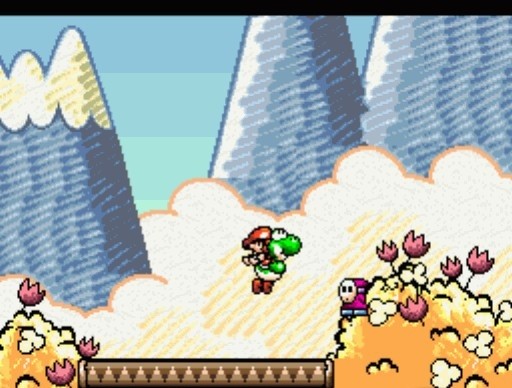 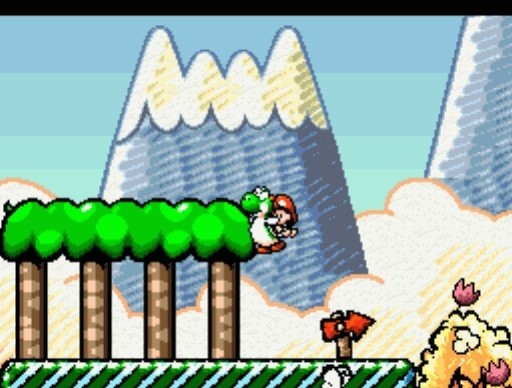