Sudoku is a Logic game with a Japanese name that has recently exploded in popularity. I (Tom Hinkle, the author) am a GNOME user and python programmer whose wife happened to get addicted to sudoku. I played the game once and decided it would be fun to write a program to solve Sudoku. It turned out, letting the computer solve the puzzle took all the fun out of it. So then I wrote GNOME Sudoku, a program for my favorite desktop platform that generates new puzzles and helps you play them. Like all the software I use, write and LOVE, GNOME Sudoku is free software, released under the GNU General Public License. Right now, GNOME Sudoku is under consideration for official inclusion in GNOME.
​ 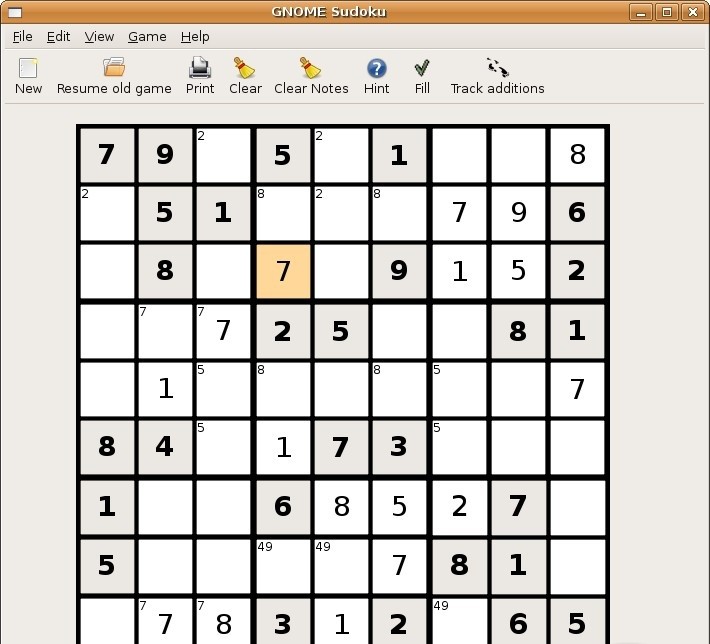