Old tales speak of an evil Summoner called Zuidat, who can mold and Create anything with a Swing of its arm. Nobody has ever provedly seen this being, though tales about it are told often. In the normally peaceful town of Teldun, some strange things have started happening recently. Random noises can be heard from the surrounding forests, someone even claimed he saw an imp-like creature running in the forest. As if that wasn`t enough, some of the townspeople now appear missing. The inhabitants of Teldun believe that Zuidat is behind this terror. The townspeople are starting to realize their desperate situation, and are preparing to send in two of their best warriors to explore the cause of these strange events, with an ultimate goal of defeating zuidat himself.Tales of Zuidat is a traditional fantasy action RPG with a humorous tone. You create two heroes and Venture into the wilderness with a mission to find and destroy an evil summoner called Zuidat, while fighting his summoned minions and gaining better and better items. The main ingame screen is controlled from a top-down view. You move your party in a tile-based movement, searching for a way to the next screen or a treasure chest. Combat plays out in its own screen. It is turn based and viewed from first person. You choose from a variety of actions, such as attack or defend and the character executes it. The game includes 15 screens to explore, 16 types of monsters, 3 character classes, over 50 different items (including weapons, shields, armor, helms, amulets and bottles) and 15 different magical spells. Everything has its own unique, hand-drawn graphics.
​ 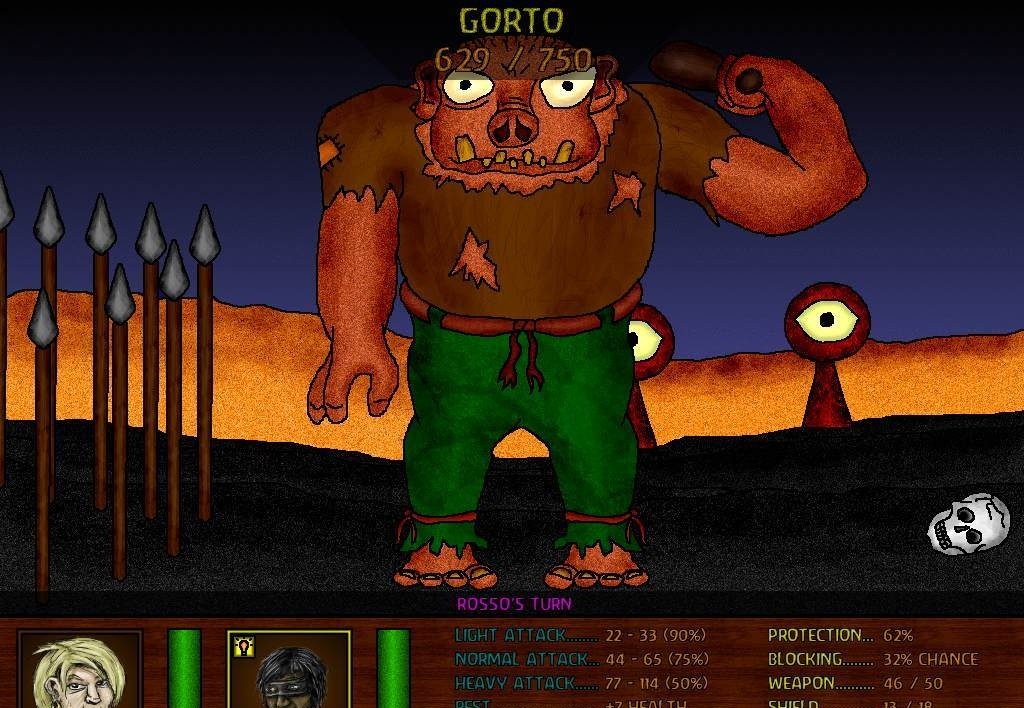