In the last installment Romanius took on the might of the youngest Cyclops brother Trollypheus, slaying him to avenge the Deaths of many. But, the battle had only begun. There were dark and cruel times ahead. The two remaining Cyclops brothers, Groydonamus and Ograleus have extended their bloody reign by conquering Ceasers Acropolis. They had become an unstoppable force - - and there was only one man who could bring the evil Cyclops brothers to their knees, ending their evil reign forever - - Romanius! Play the brave warrior in this fun and addictive action-adventure game brought to you by 2DPlay.
​ 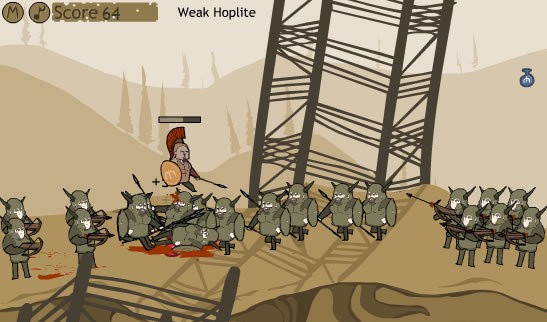