Editor: Get ready for unlimited adventures. Prepare for tales of sword and sorcery in a world at war. On one side, the mighty empire that controls all known lands. On the other, determined rebels hiding in caverns far underground. Pick up a blade, take on cunning foes, and, when victory is yours, go online and download more free adventures. Or use a powerful editor to make quests of your own!Blades of Avernum is a fantasy role-playing system for the Macintosh and Windows. Blades of Avernum comes with several large, exciting adventures:In A Small Rebellion, you are sent to infiltrate and destroy a band of rebels against the Empire. The question: will you fight them, or join them? In The Valley of Dying Things, you delve deep into an enormous, Abandoned school of magic, looking for the secret to a deadly plague.In The Za-Khazi Run, you rocket down a subterranean river, racing Against Time to reinforce a besieged fort. First, though, you must OutWit the many powerful, bizarre creatures living along the route. And in Diplomacy With the Dead, you have to help a remote city deal with the powerful vampire who lives just outside town. This turns out to be much more complicated than it sounds.And, when you have won these adventures, the promise of more free fun on the net means that your journey need never end. Anyone can use Blades of Avernum`s editor to make fascinating adventures with cunning characters. Deal with monsters that work together and send out patrols to hunt you. Fight deadly bosses that summon aid, flee when they`re outmatched, and surprise you with all sorts of nasty tricks.Blades of Avernum is limited only by the imagination of the designers. It will be the nastiest and most clever adventure makers versus you. And you aren`t going to let them win.
​ 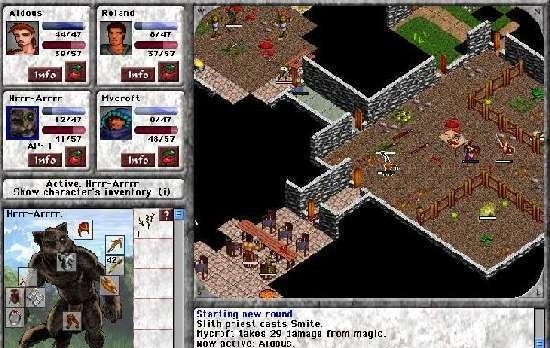 Avernum Powerful Means That Your