Through the eyes of Allied, German and Russian squad leaders, experience the most immersive World War II time strategy game where each battle is played out and won differently based on your tactical choices.Attacking under the cover of a Sherman is a good tactic, but if you want to keep the tank safe, best make sure that no German Soldiers with Panzerfausts are nearby. You all need to make your own decisions about the Tactics you use in any particular situation. Realistic battles give you a chance to develop your own tactical maneuvers and tricks.In the game each soldier or unit will have its own inventory. This means that, at any moment, a player can exchange his Submachine gun for a good rifle captured from an enemy sniper. In the game it is possible to find something useful in boxes or in Abandoned trucks, for example a grenade launcher or a bundle of dynamite.Faces Of War provides the player with an enormous choice of means of destruction: sub-machine guns, machine-guns, grenade launchers, cannons, jeeps, tanks, AA mounts, armored vehicles and many others. All of them are modeled using accurate drawings of real military vehicles, it helps to make the atmosphere of battle even more realistic. A player can capture any weapon or vehicle on the battlefield and use it at their discretion. For example a captured Cannon can be rolled to the firing line and used to repel attacks from enemy tanks. The same goes for grenades or "Panzerfausts". Dynamite can be used to undermine tanks.The basic acting unit in Faces Of War is a squad. The squad commander is marked with yellow color, soldiers with green. Grey is the color of the units, which don`t belong to this squad, but they can be included into it. A squad follows its commander and executes his orders. It is player choice to assign a commander of a squad, include or exclude soldiers or control a separate unit.
​ 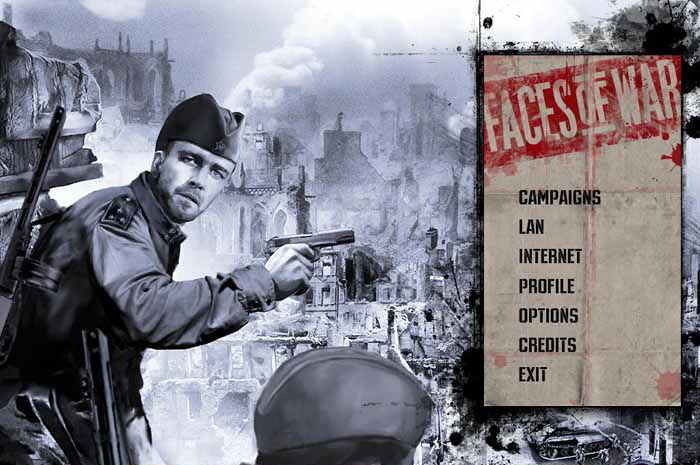 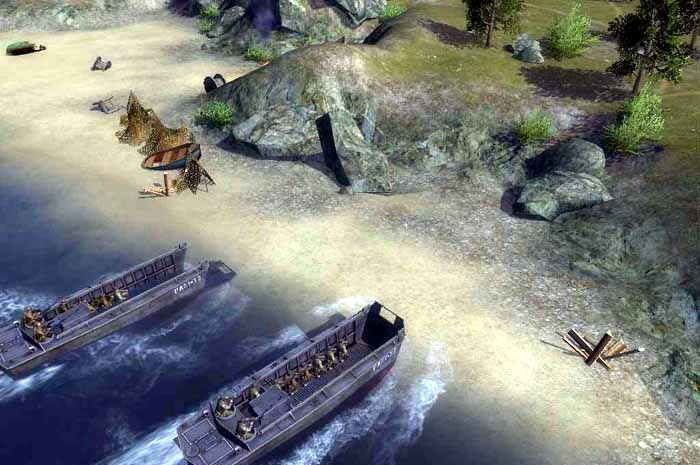 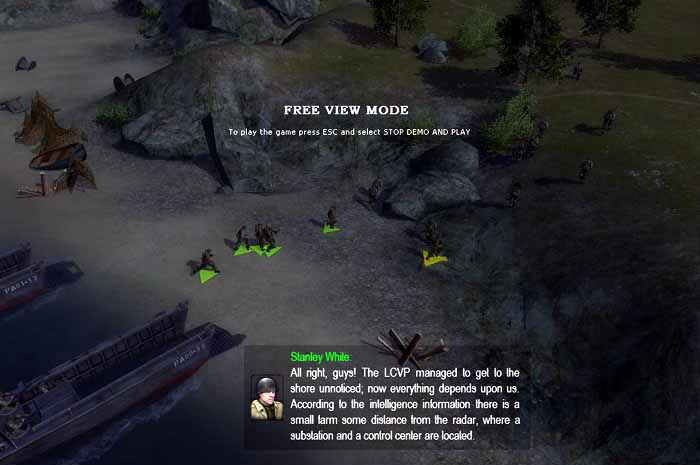