Tom`s SKAT Express contain our new 3D user interface. You will find yourself sitting at the table with 2 opponents. If you choose, both of whom are fully animated.Tom`s Skat Express is designed for the occasional player on a budget. You should also note that the role-playing element of Skat own?is not available with Tom`s Skat Express.The Computer simulates up to two players who choose Between Suit, Grand, and Null Games or Ramsch. You can play under the official rules or allow other popular non-official options such as doubling and redoubling, Pub Skat, and Bock Rounds. League games and even a whole Tournament can be played!Options include:- German or English version.- 6 male and female voices for your opponents- Manual deal of the cards and analysis of the cards in your hand.- individual game statistics and analysis of your play against master players.- Additional options for Ramsch play:- `Shoot the Moon" also with 0-point trick.- Points taken are subtracted for all players.- 12 different game types- and much more.This software also supports the following language version:english and german.
​ 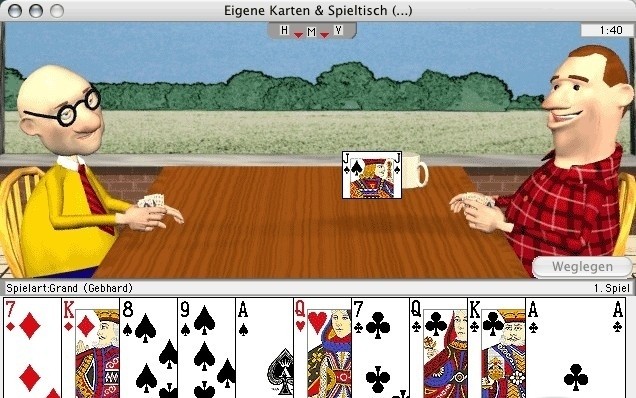