FlingSmash combines the hands-on fun of tennis with the nonstop action and instant gratification of pinball. When the tropical Suthon Island is invaded by the evil Omminus, The Ball-shaped Hero, Zip, is summoned to save the day. Using the Wii Remote controller with the Wii MotionPlus accessory, you`ll fling Zip at targets to smash your way across eight colorful worlds. Use the Wii Remote controller like a racket and watch Zip bounce around like a pinball to smash through oncoming barriers and enemies in this action sidescroller.* Attach the Wii MotionPlus accessory to your Wii Remote controller to precisely fling and smash your way through enemies and past barriers with a fun combination of racket motions and pinball game play. Hit Zip and watch as he bounces around like a pinball, smashing everything in his path.* A second player can join the action using an additional Wii Remote controller and Wii MotionPlus accessory (each sold separately) to control Zip`s friend, Pip.* During the game, Zip and Pip travel through eight fast-action side-scrolling worlds, each culminating in a boss battle. Each level offers a unique challenge as Zip might be shrunk down, fattened up or turned into a heavy steel ball. Other levels turn the action on its head to scroll vertically instead of horizontally.* The vividly colored worlds include sandy beaches, lush tropical treetops and even underwater grottos.* FlingSmash has eight unlockable mini-games and eight extra levels - all playable by one or two players.* For left-handed players, the game will flip and position Zip on the left side of the screen.
​ 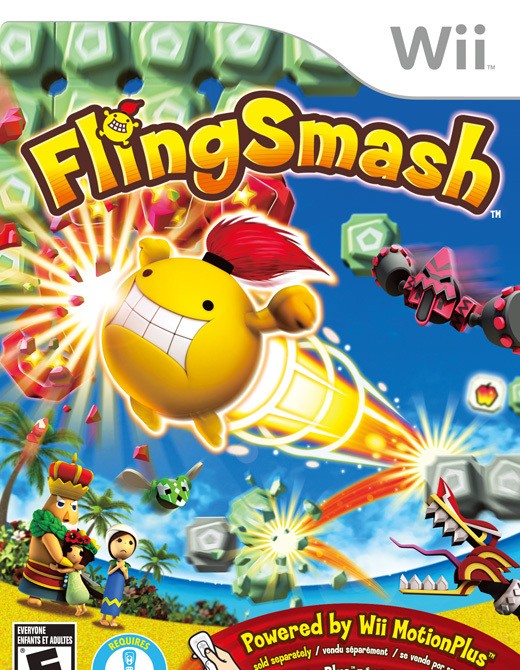