Gormiti: The Lords of Nature!

Description - Gormiti: The Lords of Nature!


The Lords of Nature! features characters and locations from the popular Gormiti TV show co-produced by Marathon Media & Giochi Preziosi. The action starts as a character named Razzle, while cleaning the library, accidentally knocks some old books into a Portal. These books tumble down to the `Island of Gorm` where a never ending battle is going on Between vast armies inspired by the Elemental Forces of nature. The books eventually land at the feet of Magmion, the evil Lava Gormiti. Magmion reads the book and learns of an old legend which talks about reuniting five Sacred amulets which have been scattered across Gorm. Once reunited these amulets allow the holder to open an inter-dimensional portal to EARTH! The Lords of Nature need to use all their unique powers to hinder Magmion`s plans and save Earth. The game recreates the beautifully illustrated island of Gorm, where the Lords of Earth, Sea, Air and Forest are charged with stopping the evil Magmion from wreaking havoc.* Engaging blend of puzzle, combat and FMVs propel the story forward. Solve puzzles, defeat enemies by applying your Gormitis` unique abilities and enjoy dazzlingly animated unlockable cutscenes featuring the original voice actors.* Expansive story mode to discover. Traverse across 5 expansive domains, featuring locations from the television series as you put down Magmion`s nefarious plot to put Earth and the parallel dimension of Gorm under his tyrannical rule.* Vanquish your foes. Control each of the three Lords of Nature within a group and use the individual skills of each Lord to battle Magmion`s minions using melee "Super" attacks or powerful long-ranged moves, switching between characters and skills with ease.* Tournament mode lets you prove your might! Unlock battle arenas to test your mettle against hordes of enemies in timed combat! (Wii only)
​ 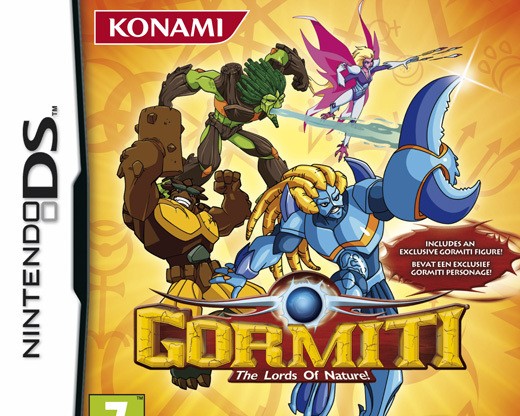