: Welcome to WWII: GC, a real-time operational strategy game that aims to reproduce the most important Second World WAR battles on a real scale.In this version you will be able to reproduce the strategies and engagements developed over the course of The Ardennes Offensive, or Battle of the Bulge.The German Army Headquarter orders the last big offensive: Watch on the Rhine. Thousands of Soldiers supported by tanks, air fighters and bombardiers fought for three dramatics weeks around the Ardennes forest, now you can play it. Feel like a General Commander, leading tens of divisions to stop the German offensive or breaking the Allied defenses.General Commander provides you of new combat systems, scale and supply management. The new rules will give you the opportunity to simulate the Blitzkrieg, the army movements as it was in the WWII; the combats distance, the map scales and the supply dependency recreate the most accuracy game scenario existing now for Wide Real Time Strategic videogames.GC: Watch on the Rhine is the first of a wide series of videogames to reproduce the WWII conflict. Real scale 3D maps, with high quality graphics and fx will involve the strategic gamers in a Commander atmosphere. We want to invite you to join us in this great experience!!.
​ 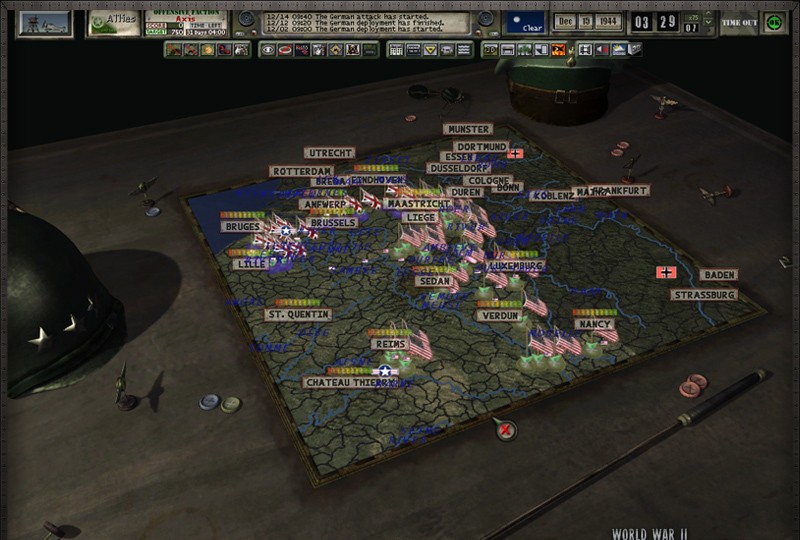 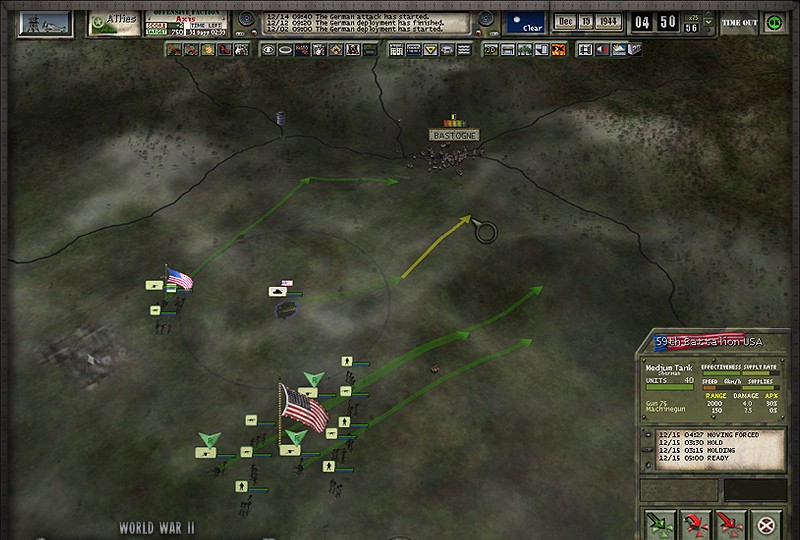 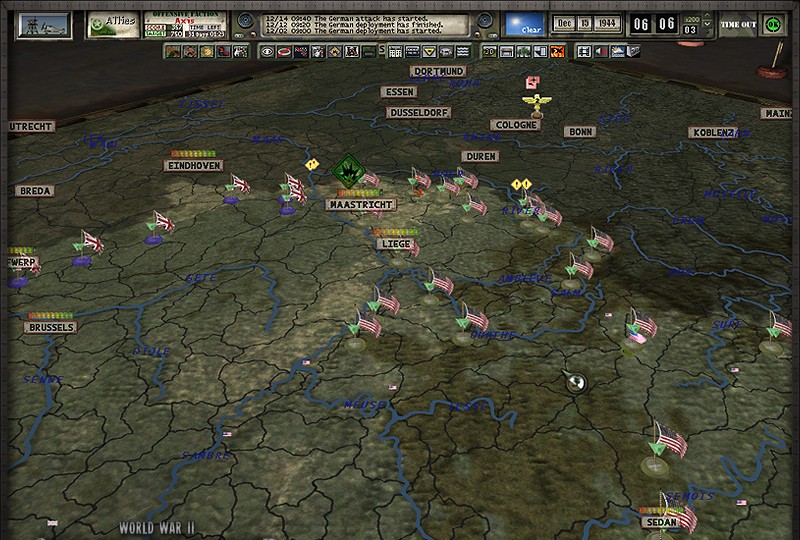