Captain America and the Avengers for NES

Description - Captain America and the Avengers for NES


Gameplay is similar in format to the Teenage Mutant Ninja Turtles beat `em up arcade games, as well as other beat `em up arcades developed by Konami. Each character can attack and jump, and also pick up and throw certain objects positioned in each level, i.e. bricks or barrels. Attacks are accompanied by comic book-style sound effect words such as "THWAK!," "WHAM!," "KABoom!," "KRAK!," etc. Each character also has a special projectile attack, and the ability to block certain shots. The players battle their way through hordes of relatively weak enemies who die after only a few hits, then must face and defeat more powerful boss characters at the end (and sometimes in the middle) of each level.The boss characters in the game include Klaw, The Living Laser, Whirlwind, the Wizard, the Grim Reaper, the Mandarin, The Juggernaut, Ultron, Crossbones, and Red Skull. Other Avengers such as the Wasp, Quicksilver, Wonder Man and the Sub-Mariner make cameo appearances. Interestingly, the giant robot seen in the second stage resembles either the Sentinels or Master Mold.
​ 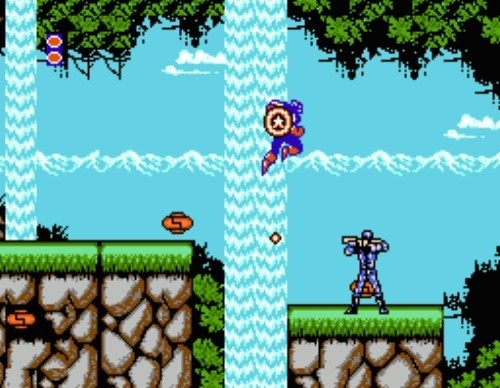 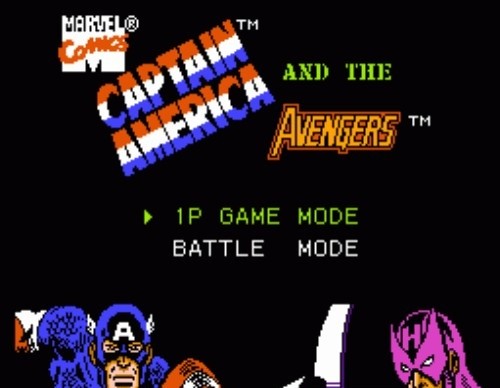 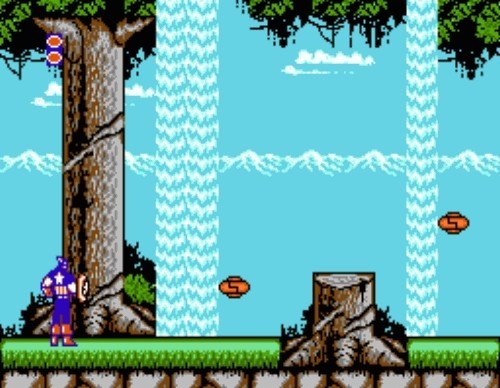