P.O.W.: Prisoners of War for NES


EditBy: The main character in single player is a captured P.O.W. commando codenamed Snake (Bart in the NES version) who must bomb his way out of a P.O.W. prison cell and escape. They must escape through four levels of gameplay where the mission is not only to escape, but to infiltrate the enemy base and destroy their leaders. There are brass-knuckles, body armor, knives, grenades, and machine guns that the players can use in order to aid them in their mission.There are four levels of gameplay:First Level: Escape from Prison Camp Second Level: Attacking the Industrial Area Third Level: Guerilla Attack in the Jungle Fourth Level: Destruction of Communications Headquarters P.O.W. is a side-scrolling, beat `em up game, which were typical during the time that it was created. The game play is simple. For the NES version of the game, the crosspad maneuvers the character in all directions. The `A` button kicks and if equipped with a weapon it will utilize the weapon. The `B` button is used for punching and if equipped with a rifle, the player can strike opponents. When both buttons are pressed simultaneously, the player unleashes a powerful flying kick. The usefulness of the punch in the arcade version has been called into question, since it drives the enemy soldier backward, possibly giving him a chance to get away and then return to the fight. In the Attract Mode in the arcade version, a machine gun becomes available to Snake much earlier than in actual gameplay, a fact that some might say smacks of false advertising.
​ 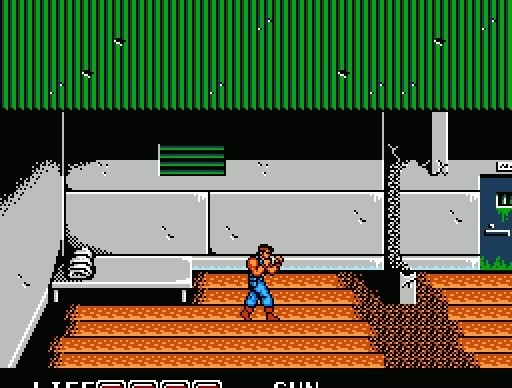 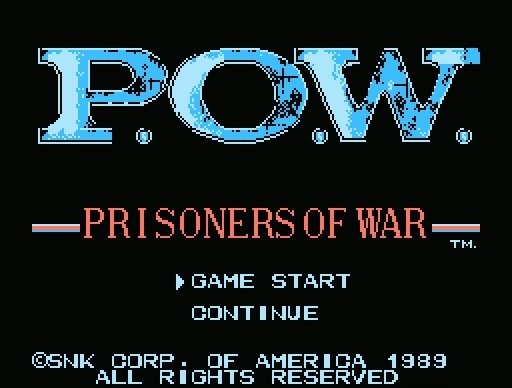 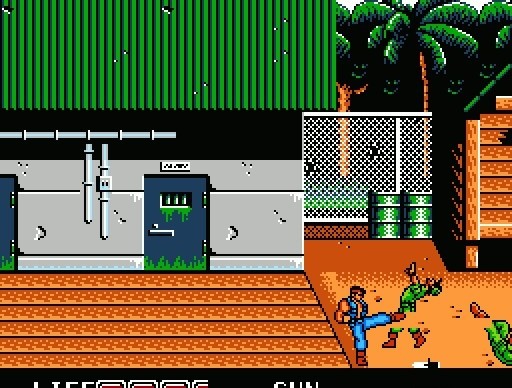