All versions of the game are very similar, with the same graphics (taking into account the various limitations of the platforms). The player (a soldier named Super Joe) starts by being dropped off in a jungle by a Helicopter, and has to fight his way out singlehandedly, fending off a massive assault of enemy Soldiers.Super Joe is armed with a sub-machine gun (which has unlimited ammunition) as well as a limited supply of hand grenades. While Joe can fire his gun in any of the eight directions that he faces, his grenades can only be thrown vertically towards the top of the screen, irrespective of the direction Joe is facing. Unlike his SMG bullets, grenades can be thrown to clear obstacles, and explosions from well placed grenades can kill several enemies at once.At the end of each level, the screen stops, and the player must fight several soldiers streaming from a gate or fortress. They are ordered out by a cowardly officer, who immediately runs away, although shooting him in the back awards the player bonus points. Along the way, one can attempt to free prisoners of WAR as they are transported across the screen by the enemy.As Super Joe has no power ups, there is no variety in the weaponry he can use throughout the game. This is in contrast to similarly themed games of roughly the same period, like Green Beret (in which limited use flame throwers and rocket launchers were available to supplement the main character`s trusty Commando Blade), or Ikari Warriors (where Tanks and more powerful red bullets, could be obtained). Commando`s popularity is strange, given this dimension of gameplay is missing, and therefore can be attributed to solid classical frenetic Robotron-like game Mechanics, and perhaps to a lesser extent, the arcade version`s (by far the best) polish and the fact that the game`s release coincided (roughly) with the Rambo and Missing in Action movies.
​ 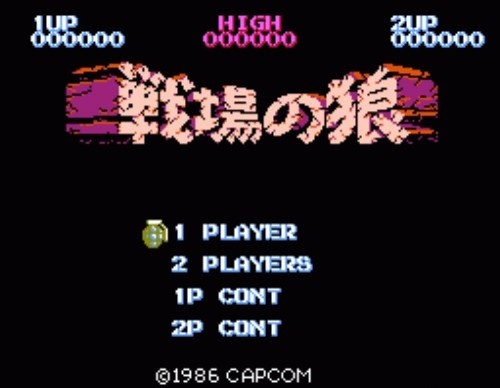 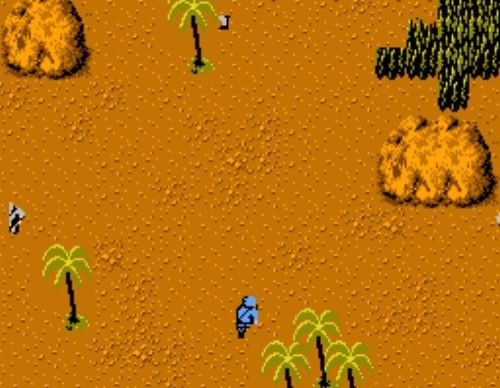 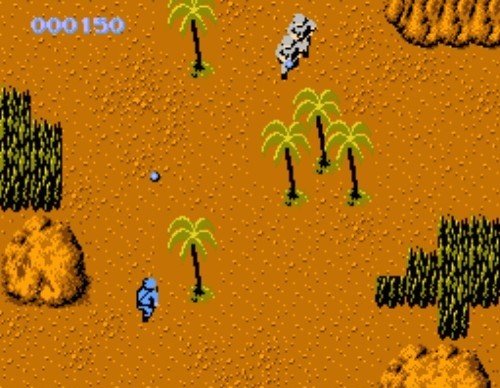