Editor: The game begins by retelling The Final Battle with Kain in the original Soul Reaver: Raziel confronts Kain in the Chronoplast time machine, and the two enter a portal through time to emerge thirty years before the events of Blood Omen. Moebius the Timestreamer tells Raziel that Kain is at the Pillars of Nosgoth, and Raziel goes and confronts him. Kain reveals he has plans to change history to avert the consequences of his decision, when his past self refused to sacrifice himself to restore Nosgoth and Doomed the land to eternal decay.
​ 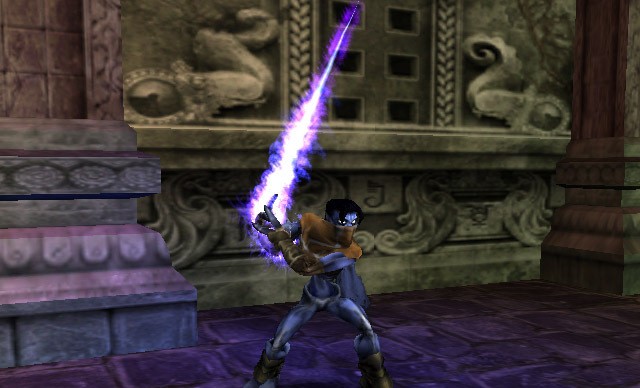 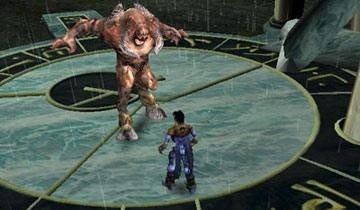 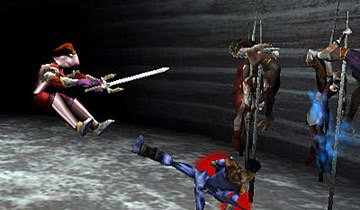